Write, Travel When You Can, Feed your Mind 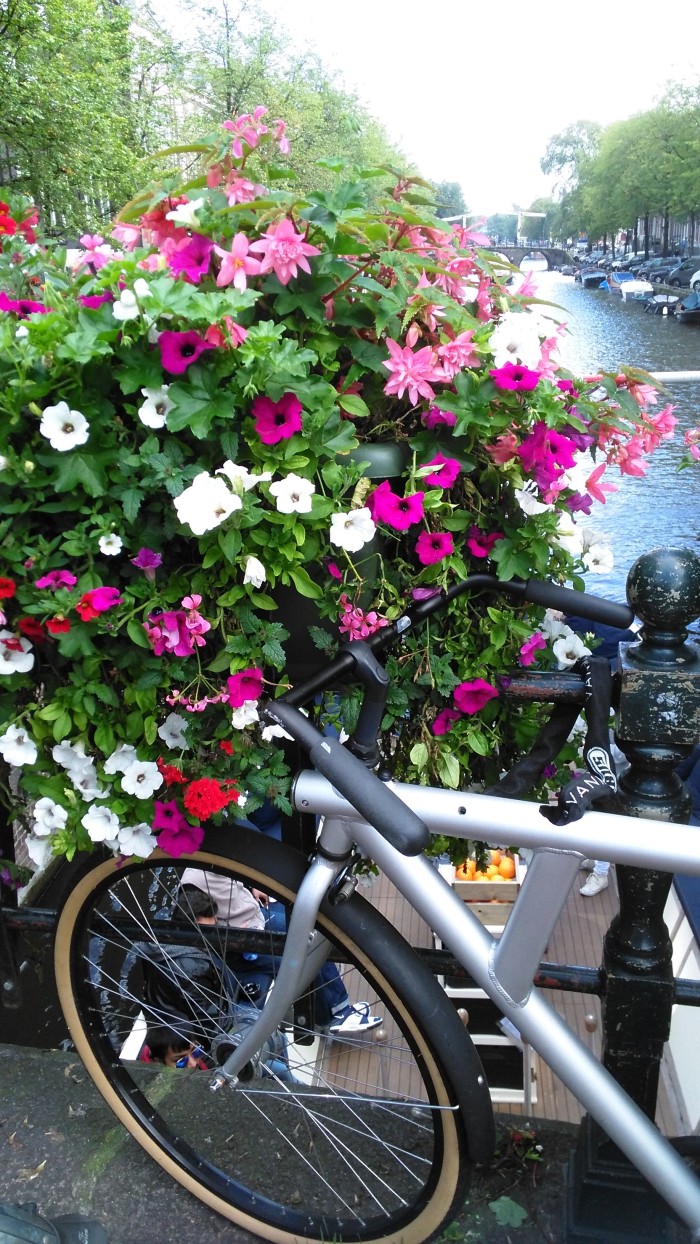 It’s always nice to get away; I usually return refreshed and invigorated.

This weekend we went to Amsterdam. We are lucky to live a three hours’ drive from that vibrant city with its canals, boats, flowers, markets, smiling happy people and bicycles.

And we were visiting good friends who we met over thirty years ago, shortly after we got married and moved to the U.S. for a few years. Carl was an assistant professor, starting at Iowa State University and Wies, his wife is Dutch. My husband and I arrived back then in Ames, Iowa, with a rucksack each and returned with our first born, Sebastian, a couple boxes of books and a wealth of experiences.

Now Carl and Wies are back from Maine, spending a year in Amsterdam and living in a fantastic apartment right on the Prinzengracht.

We shared many happy memories of our time in Ames, although we’ve been seeing each other regularly over the years. My first son was born in Ames, and Wies’s only daughter was born almost a year later. We have happy memories of taking them to the park to play, going for walks and letting them splash in the bathtub while we drank coffee and chatted. We never run out of things to talk about!

But this weekend, after hours of sitting around over leisurly breakfasts, we usually parted ways. Carl and Fr. did their thing and Wies and I strolled through the city, went to the markets, to the English Book Shop, bought flowers and cheese and herbs and jewellry, looked at antique books at the book market, had coffee and reminisced and planned for the future. Where are they going to end up? Where are we going to end up? That theme again, Where She Belongs–and here I’ll do a shameless plug for my debut novel–http://bit.ly/29Yao5z. You can click on the link if you’re interested. We talked about the refugee crisis, the U.S. elections, the Trumpet, as he is known, and everything else in between.

On the Rembrandt plein there is usually a small gathering of artists displaying their wares on Sunday mornings. I was happy to meet up again with Sara J., who hails from South Africa but now lives near Amsterdam. There’s that theme again. A city like Amsterdam is so multi-cultural; you’ll meet people from all over the world. I bought a couple of Sara J’s prints, Zebra Pleasure and Madam’s Kiss. One is an early Christmas present for my sister. Here’s a link to Sara J’s art site: http://bit.ly/29Yao5z. We were going to go to one of the museums but the weather was just too nice for that and we didn’t want to have to queue up for ages either.

The market’s are fantastic, of course, and now is the time to buy tulip bulbs for next spring. I recommed the book Tulip Fever by Deborah Moggach, by the way. She’s also the author of The Best Exotic Marigold Hotel, which I love, but Tulip Fever is entirely different. My brother gave it to me years ago. It’s full of suspense and will transport you back to the time when people were going crazy speculating on tulip bulbs. It’s a gem of a book. I wrote to tell D. Moggach how much I liked her book, something I rarely do, and she answered me. Gold stars for her!

Now I’m going to post a picture I took of cheese–just because. The Dutch do love their cheese. Germans call the Dutch Käsköppe (Cheese Heads) and the Dutch call the Germans Krauts (the cabages), but that’s well known. If you go to Amsterdam you must buy some cheese. 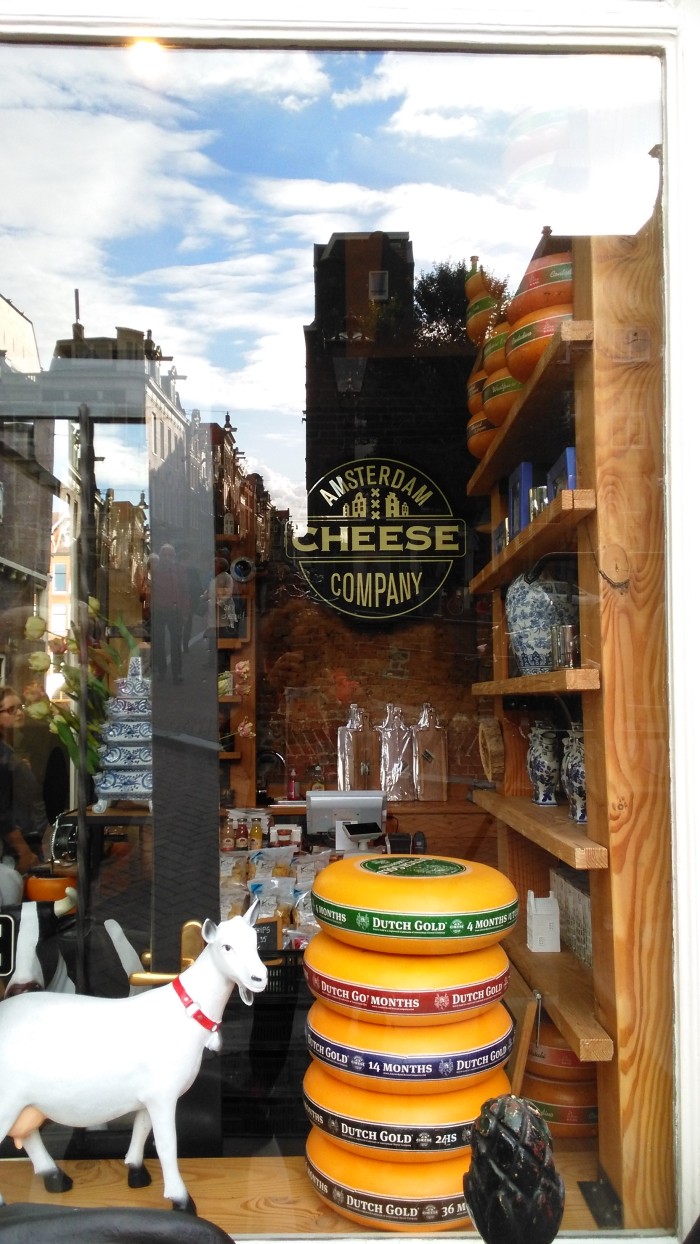 Yes, I know. I really need to minimize these pictures, but I don’t have the patience for that at the moment.

8 thoughts on “Insights from Amsterdam”